At 9:00 this morning the Sea Girt Police Department received a report of an overturned boat in the waters off the National Guard Training Center.  Initial reports indicated an unknown number of victims are in the water.  As officers arrived they observed the vessel upside down on the beach.  It was also found that the two victims which were on the vessel at the time it overturned were both accounted for but were in the water for possibly 10 minutes and were suffering from hypothermia.

The vessel was being operator as part of the beach replenishment project and was conducting a survey immediately adjacent to the shore.  A wave struck the vessel’s stern and caused it to take water.  A second wave caused the vessel to overturn.

No fuel or oil was observed to leak from the vessel and there was no environmental impact due to this incident. 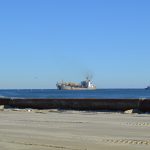 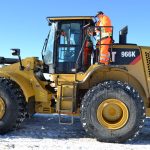