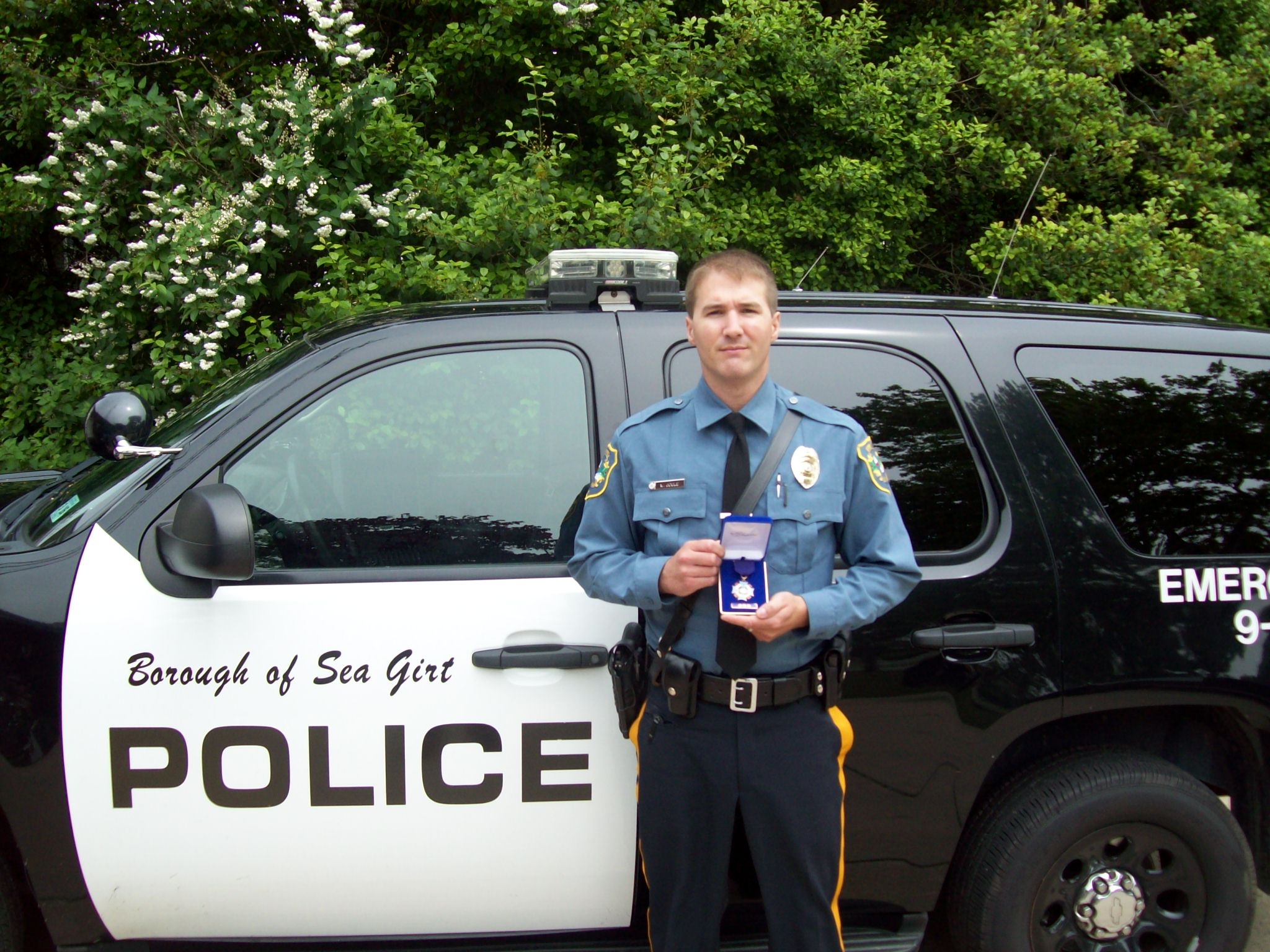 Patrolman William C. Joule received a commendations from the 200 Club of Monmouth County.

He responded to a local business for a report of a woman who passed out.  Upon arrival Patrolman Joule immediately assessed the situation and began life saving efforts that included CPR and placement of a defibrillator.  Under normal circumstances police are relived one the first aid arrived and takes over care, however Patrolman Joule remained with the victim and continued management of the defibrillator and never stopped chest compressions.  The medics on the scene advised the Chief of Police that Patrolman Joule’s outstanding efforts resulted in this woman walking out of the hospital and making a full recovery.  The 200 Club of Monmouth County recognized Patrolman Joule and has presented him with a commendation award. 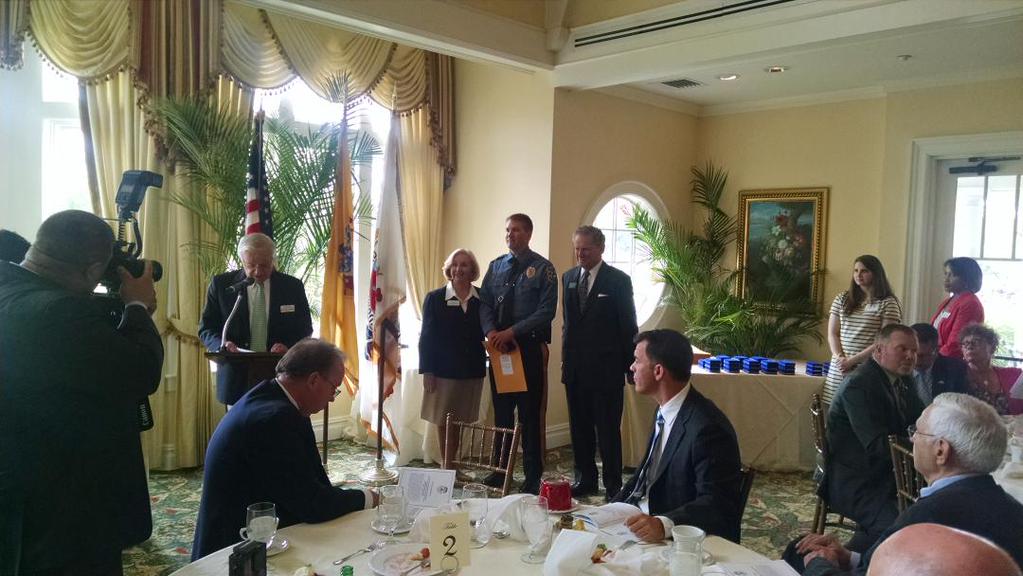