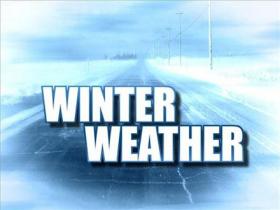 1. Check on Elderly and Special Needs

The onset of winter weather causes most of us to begin making preparations to keep ourselves safe, fed, and generally comfortable for the duration of the weather event. For those in our communities who are elderly or who have special needs, preparation is even more important. As the news circulates of an impending storm, it is important for neighbors, friends, family, and caretakers of the elderly or special needs residents to be part of the preparation and communications process to ensure their safety during the weather event.

Some tips for early preparation:

Alert emergency responders to the presence of elderly or those with special needs. The Sea Girt Police Department keeps a list of special needs residents which allow us to be prepared when responding to a residence where specific needs are known in advance.

is a database maintained by the Monmouth County Sheriff’s Office that contains profiles of registrants with disabilities. The information provided to the registry provides law enforcement and other first responders with vital information about a registrant’s special needs in the event of an emergency.

Time to get the milk and eggs!!!!! We hear the milk and eggs (or sometime bread and milk) battle cry of the unprepared hours before every storm rolls in. The grocery stores are crowded and many items are cleared out of the shelves. Batteries, eggs, milk, bread, rock salt and other storm necessities are a hot commodity whenever a storm is forecast. Being prepared early should include stocking up on these items well in advance of a storm. Being stocked up early will do wonders in reducing the stress involved in preparing for a winter storm.

Cars left in the roadway during a snow event make clearing the roads difficult, and sometimes impossible for road crews. A vehicle parked on the road cause plows to have to navigate around the vehicle. This not only put the vehicle at risk for unwanted damage, but also causes piles of snow to remain in the roadway long after the storm passes. Main thoroughfares and feeder roadways can become restricted by the snow left around parked vehicles. It is vitally important to move your vehicles off of the roadway prior to a snow event to allow the roadway to be cleared from curb to curb.

There are cases where a person may not have a driveway or other location where the vehicle can be removed from the street. In those cases, please contact your local law enforcement agency to determine if it is legal for a vehicle to be parked on your street during a snow event and if so, be courteous to your neighbors when leaving a vehicle on the street. For example, the vehicle should be left in front of your own home whenever possible and as far away from neighbor’s driveways as possible. When a plow is forced around a parked vehicle, snow piles extend far out into the roadway. This will require extra shoveling and clearing if the car is close to a driveway.

In Sea Girt, if you must leave a car in the roadway, the best option is to move the vehicle to The Plaza parking area. As soon as your street has been cleared from curb to curb, immediately remove your vehicle front The Plaza so our road crews can clear that parking lot before the nearby business open.

It is hard work clearing the snow from walkways and driveways. When clearing snow from sidewalks and driveways be sure not to cast the snow back out onto the roadway or onto other sidewalks or driveways. Many municipalities have ordinances which make it unlawful to cast snow, ice or other debris into a roadway. This practice also tends to aggravate or annoy neighbors. Good neighbors help each other in these situations and do not make it worse.

No owner, tenant or occupant of any premises abutting on any street shall throw, place or deposit any snow or ice into or upon any street in the Borough. It is the intent and purpose of this provision to prohibit all persons from throwing, casting, placing or depositing snow and ice which accumulates within the private property belonging to such persons upon the sidewalks or streets of the Borough.
Not only is it discourteous to your neighbors and motorists, but it is also dangerous.

When snow falls pedestrians are often forced to walk in roadways due to the buildup of ice and snow on sidewalks. This makes for a dangerous situations. In many municipalities property owners are required to clear sidewalks adjoining their property to allow for the safe egress of pedestrians.
For some residents and property owners, this may not be possible due to age, disabilities, or proximity to the property at the time of the snow event. Helping your neighbors by clearing nearby sidewalks should be on every ably body person’s to do list immediately following a snow event.
In Sea Girt, ordinance 21-5.1 addresses clearing of sidewalks in Districts 2 East, 2 West and the west side of State Highway 71, between Chicago Boulevard and Sea Girt Avenue. These areas represent the business district and the sidewalk most likely to be utilized by students attending the elementary school. The ordinance reads:

Minutes count in a fire and as firefighters rush to the scene of a fire, they focus on securing a source of water to help battle that fire. Lives and property are saved by firefighters quickly finding a water source. During a snow event, fire hydrants can become obscured by snow piles or snow drifts which makes it difficult for firefighters to find when responding. Even in cases where flags or other devices are implemented to increase hydrant visibility in snow, the snow piled in front of the water outlet makes reaching the hydrant a time consuming operation.
It is the responsibility of all persons to ensure fire hydrants are cleared of snow and ice as soon as possible during and after a snow event. A few minutes of your time, and a small amount of work, would greatly contribute to the safety of you, and all those who live around that hydrant.

7. Staying off the Roads

Should have thought twice about driving in the snow.

The roads need to be cleared. The roads are dangerous when covered in snow and ice. Road signs are obscured and things just don’t seem to look as they do when the weather is clear. So many people make a decision, for one reason or another, to venture out on the roads in a snow event. Sometimes it is just because they get bored sitting home, other times they make up a reason why they MUST be on the road. But in any case, all the extra traffic on the road makes it more difficult for the road crews to clear the roads. It also contributes to additional traffic collisions, abandon vehicles, or other traffic incidents which require first responders to handle. This diverts them from other incidents where they are needed and adds additional traffic on the roadway.

STAY OFF THE ROADS when travel is not necessary. Think of it at some much needed “home time.” Read a book instead of taking a drive.

There are a number of special emergency declarations which may have an impact on you or your neighbors. Knowing these will help you to be safe during a snow event.

A Winter Weather Advisory will be issued when 2 to 4 inches of snow, alone or in combination with sleet and freezing rain, is expected to cause a significant inconvenience, but not serious enough to warrant a warning.

A Blizzard Warning means that the following conditions are occurring or expected within the next 12 to 18 hours.

What about an emergency declaration?

A State of Emergency is declared when a disaster occurred or a disaster is imminent and is sever enough to require State aid to supplement local resources. Usually this does not restrict the movement of citizens outside affected areas. There are times when the Governor may call for a travel restriction of vehicles or persons and in such cases every effort will be made to publicize the restrictions. The intent of these restrictions is to facilitate the movement of vital personnel needed to deal with the emergency. All citizens should honor the travel restrictions and remain clear of any areas where an emergency declaration has been made.

You should seriously rethink going out in the snow. Emergencies come up and some people are vital to the workforce and must be on the road. In those cases, take a look at these tips from AAA:

Snow and ice flying from vehicle make for a very dangerous situation on roadways throughout the United States. Simple search for “Ice Flies of Car” in Google returns about 160,000 videos. It is the responsibility of every vehicle operator to ensure their vehicle is free from ice and snow prior to starting their journey.

Each driver of a motor vehicle operated on a street or highway in this State shall have an affirmative duty to make all reasonable efforts to remove accumulated ice or snow from exposed surfaces of the motor vehicle prior to operation, which surfaces shall include, but not be limited to, the hood, trunk, windshield, windows, and roof of the motor vehicle, the cab of a truck, the top of a trailer or semitrailer being drawn by a motor vehicle, and the top of an intermodal freight container being carried by an intermodal chassis. A person who violates the provisions of this subsection may be stopped on a street or highway by a law enforcement officer who believes the accumulated ice or snow may pose a threat to persons or property and shall be subject to a fine of not less than $25 or more than $75 for each offense regardless of whether any snow or ice is dislodged from the motor vehicle.